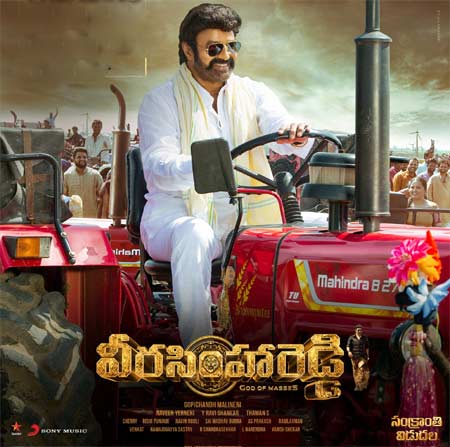 The next big film to release in Telugu is Balakrishna’s, Veera Simha Reddy. The movie is the subsequent release for the actor after Akhanda, and hence the hype is extremely high. Also, it is the immediate film for Gopichand Malineni after Krack.

Music director Thaman has now posted an interesting tweet about the film’s trailer. Upon seeing the trailer, Thaman explained how the trailer would be in one word. He wrote “Racha” and enhanced the mighty expectations.

The trailer is expected to come out during the pre-release event that happens on January 6th. Shruthi Haasan plays the female lead, and Mythri Movie Makers are producing this action flick. The movie will be out in theatres on January 12th.