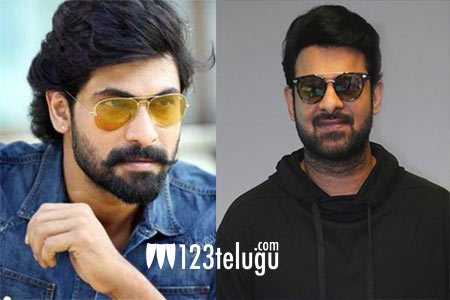 Tollywood hunks Prabhas and Rana Daggubati have been good friends ever since they both worked on Baahubali. In a latest interview, Rana revealed the one virtue he has learnt thanks to his friendship with Prabhas during and after the making of Baahubali.

“If I have to mention one thing that I have learnt from Prabhas, it will be his patience. Prabhas is extremely patient. Dedicating 5 years of his life for a film (Baahubali) speaks volumes about his patience. Had he wanted, Prabhas could have signed more movie and earned a lot in those 5 years. But he chose quality over quantity,” said Rana.