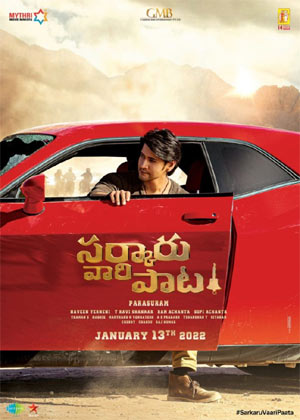 The unit of Mahesh Babu and Keerthy Suresh’s highly-anticipated Sankranthi biggie, Sarkaru Vaari Paata, has just wrapped up the crucial Barcelona schedule. In this 3-week long schedule, the team has canned several important talkie scenes and a song featuring Mahesh and Keerthy.

Team SVP will be returning to Hyderabad in a day or two. After a minor break, the shooting will resume in the first week of November in Hyderabad. The film’s entire shoot will be wrapped up by November last week. Already, the post-production formalities are underway and the full-fledged post-production will take place in December.

Directed by Parasuram, Sarkaru Vaari Paata is producer under Mythri Movie Makers, GMB Entertainments and 14 Reels Plus banners. Thaman is the music composer of the film, which is slated to open in cinemas worldwide on January 12.