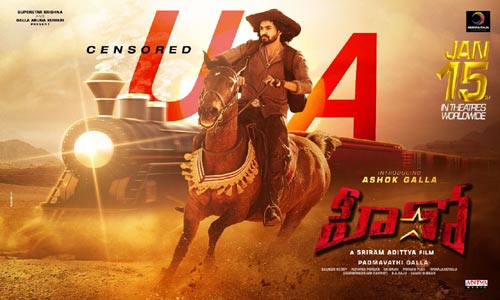 Hero marks the debut of Ashok Galla in films. The film is up for a release on the 15th of this month as a Sankranthi special.

Now, the latest update is that the film has wrapped up its censors with a U/A certificate and is ready for a release.

Sriram Aditya has directed this film which has the hot and happening Nidhi Agerwal as the heroine. The songs have caught on well and we need to see how this film works at the box office.