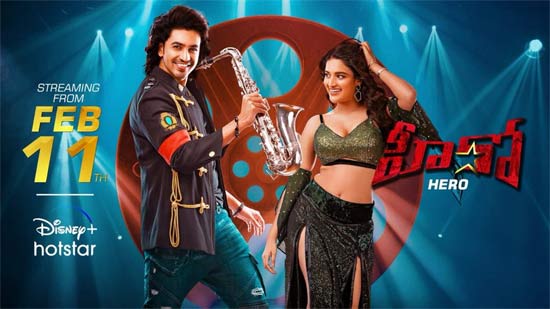 Hero is a film that marked the debut of Ashok Galla in Telugu cinema. The film won decent applause from the public.

The news now is that the film will have its OTT release on the 11th of February on Disney Hotstar. Hero was released on the 15th of Jan as a Sankranthi special.