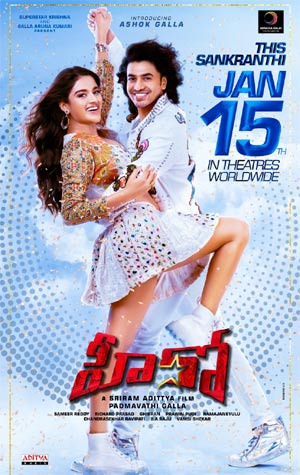 It is already known that Mahesh Babu’s nephew, Ashok Galla is making his debut with Hero, directed by the young filmmaker Sriram Adittya.

The makers have planned to release the trailer of the movie in Tirupathi in a grand way. But, with the sudden demise of actor-producer Ghattamaneni Ramesh Babu, the event has been cancelled. Besides, they conveyed their condolences to the entire Ghattamaneni family.

Team Hero will announce a new date in a couple of days. The movie, which is scheduled to hit screens on January 15, 2022, has the sizzling beauty, Nidhhi Agerwal, as the lady love of Ashok Galla in the movie. 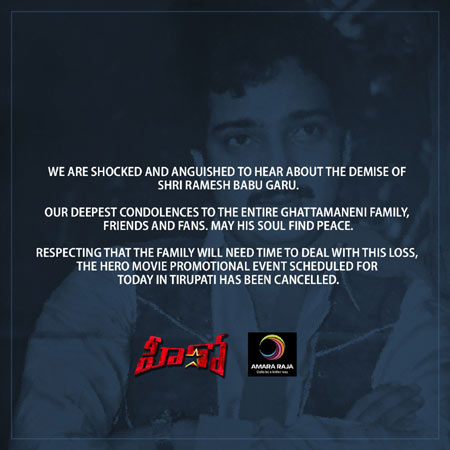