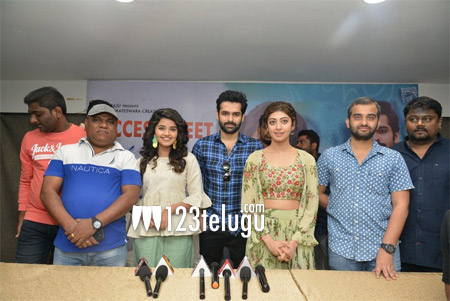 The entire team of Hello Guru Prema Kosame is currently touring various cities in Andhra to promote and celebrate the success of their film. The response from the audience has been very good as the team is being greeted by a good number of audience in the theaters.

In spite of a mixed talk, Hello Guru Prema Kosame is doing fairly well and is expected to get into the safe zone by the end of this week. Trinadh Rao once again proves that even though the story is routine, if narrated in an entertaining manner, the audience will surely like it.

Dil Raju produces this film which has Ram and Anupama as the female leads.