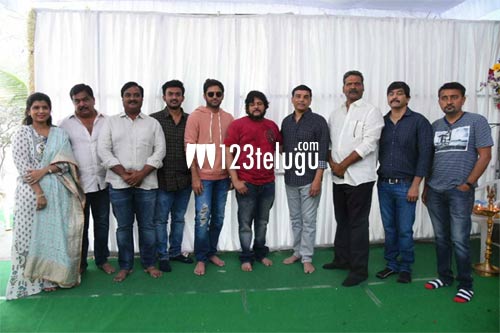 Nithin, who is high on the success of his new film Bheeshma has launched his new film today. This will be the remake of Hindi super hit Andhadhun.

N Sudhakar Reddy and Nikitha Reddy will produce the film under Sreshth Movies as production no 6. Tagore Madhu will present the flick.

Suryadevara Radha Krishna (Chinna Babu) has handed over the film’s script to its makers. For the first shot, Shyam Prasad Reddy sounded the clapboard, while Dil Raju switched on the camera.

Hari K Vedanth will crank the camera for the film that will start rolling from June, this year.