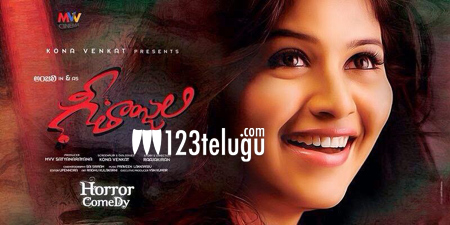 This clearly seems to be the season for horror comedies in Telugu and Tamil film industries. A number of low budget horror comedies, some including star hero and heroines, are raking in the moolah at the box-office. One such film which struck gold during its release was Anjali’s Geethanjali.

The film, directed by debutant Raj Kiran, was a sleeper hit in 2014. Now, Geethanjali is slated to be remade in Tamil. According to a latest update, young music composer turned hero GV Prakash Kumar will be essaying the lead role. Kathiresan, the producer of Siddharth’s Jigarthanda and Dhanush’s Polladavan, will produce this remake.

It is still not known whether Anjali will reprise herself in the Tamil remake or not.