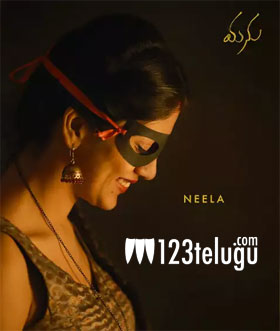 Manu, the much-talked-about indie romantic drama, is raising curiosity among movie lovers, thanks to the intriguing trailer and the promotional strategy by its makers. In a latest promotional snippet, the makers revealed how they chose young starlet Chandini Chowdary for Neela’s role.

The makers revealed that they had to struggle a lot to find the right actress who could portray Neela. They had considered several mainstream heroines too, but nothing materialized due to various reasons like language, budget, reach and control etc.

It was then that Chandini had stepped into the scene and everything fell into place perfectly, reiterating the belief that a perfect character always chooses its own actor. Manu also features star comedian Brahmanandam’s son Gautam. The film is slated for release on September 7. Nirvana Cinemas is presenting the movie.