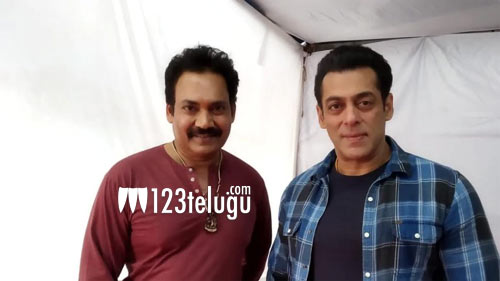 Actor Narra Srinivas who has been seen in several movies in Telugu so far is set to make his Hindi debut with Salman Khan’s Radhe.

In fact, he has already shot for one schedule with the Bollywood star and he will soon shoot with Disha Patani as well.

Interestingly, while he did many Telugu films it was his Tamil film starring Karthi that released as Khaki in Telugu that landed him this offer!

Director Prabhudheva loved him in the film and called to tell him that. Srinivas asked him for an opportunity to work with him, and well, the wish was fulfilled.