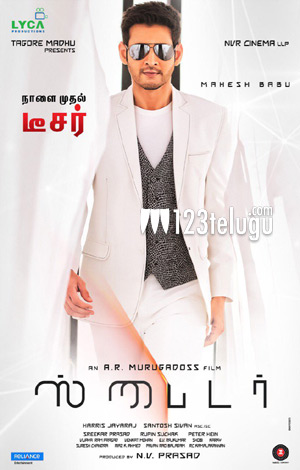 Mahesh Babu-AR Murugadoss’ Spyder is gearing up to hit the screens in late September and the pre-release hype surrounding the film has shot through the roof. Recently, a song was canned on Mahesh Babu and Rakul Preet in Romania and with this, the entire film’s shoot has been wrapped up.

According to the latest buzz, a huge event has been planned on September 9 in Chennai. The whole cast and crew of the film are going to be present at the venue where the film’s audio (Tamil version) is going to be launched. Since this is Mahesh Babu’s first ever bilingual film, the makers are leaving no stone unturned to put the spotlight on Mahesh Babu in Tamil in a big way.

NV Prasad and Tagore Madhu have produced the film. Santosh Sivan is the cinematographer and Harris Jayaraj has scored the music.