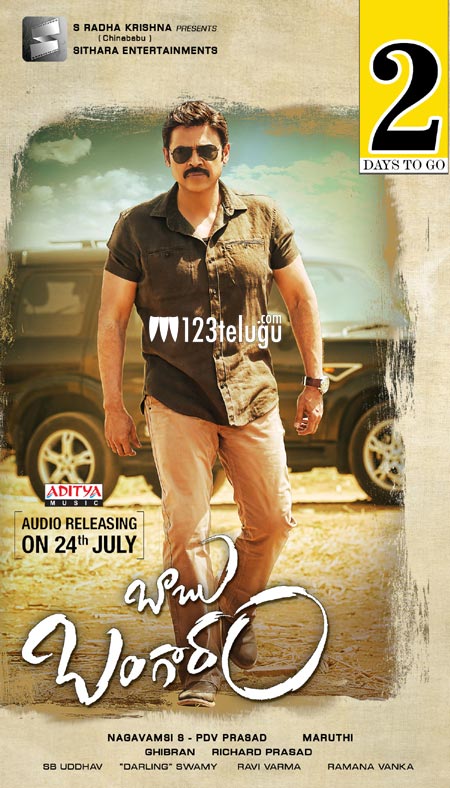 Now that Kabali has finally released, the buzz for this film will slow down and fans will start concentrating on other films. The next big event that is slated to happen this weekend is the audio launch of Venkatesh starrer Babu Bangaram.

Latest update reveals that the makers are planning a grand event in Hyderabad and many celebrities are expected to attend the launch. With Maruthi being in superb form and Venkatesh making an appearance after a huge gap, buzz for this event is quite good.

Nayanthara plays the female lead in this film which has Venky in a funny cop’s role.