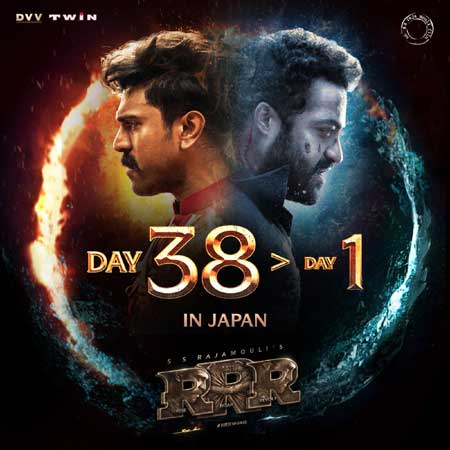 The pride of India SS Rajamouli’s RRR was released in Japan last month and since then the movie is unstoppable at the box office. Star actor Ram Charan and Jr NTR played the protagonists in this epic period drama.

Recently, the movie has turned out to be the fastest Indian movie in the country by collecting 300 million Yen. The latest news is that the 38th day collection is greater than that of the first day. The flick has to collect more than 80 million Yen to surpass the record set by Rajini’s Muthu in Japan.