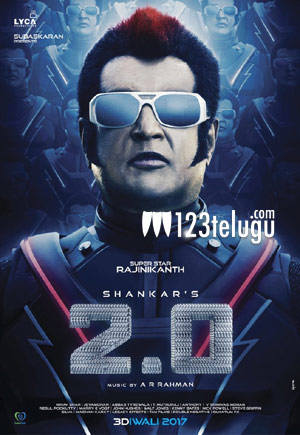 It is a known fact that the first look of Shankar’s 2.0 was revealed in Mumbai a few days back. The event was shown live on YouTube and latest reports suggest that close to 1.3 million viewers watched the show live.

Superstars from both Tamil and Hindi graced the occasion and made it a huge success. The shooting of this film is nearing completion and currently, the songs are being composed for the film.

Akshay Kumar plays the antagonist in this film which has Amy Jackson as the female lead.