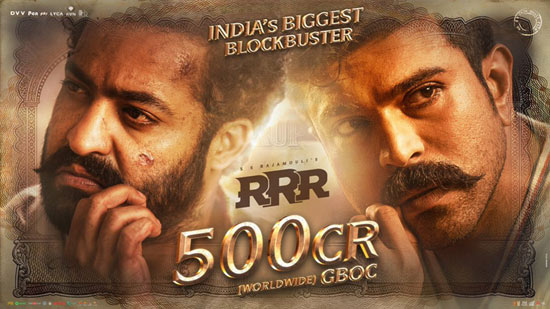 India’s biggest action drama, RRR, became a sensational movie in the history of Indian cinema. The movie, which has Jr NTR and Ram Charan in the lead characters, is directed by the maverick filmmaker, SS Rajamouli.

According to the PR, the magnum opus has grossed a whopping Rs. 500 crores worldwide just in 3 days. This is huge for any movie released ever in India. If RRR passes the Monday test, the movie will mint more money until next weekend as there are no biggies to release this week. If the mania continues, it’s a cakewalk for RRR to surpass Rs. 1000 crores by the end of this weekend.