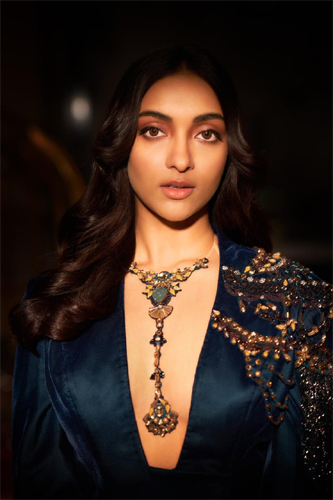 Amrin, along with the film’s crew, has landed in Hyderabad to shoot for a song. She is naturally quite excited to shoot for her maiden Bollywood film in her hometown. “Hyderabad is my birth place. I did my schooling at Shiva Shivani Public school in Secunderabad. Then I underwent training at an acting school in Mumbai. I am thrilled to come to Hyderabad as a heroine for the song shoot of my first film,” Amrin said.

Amrin is thrilled with exciting offers coming her way from Telugu and Tamil filmmakers. “My goal is to act in story oriented, script driven films and to make a name for myself as a heroine in all South Languages,” she said.