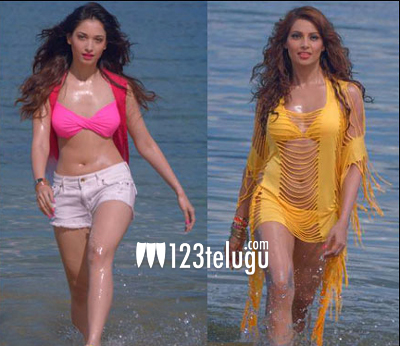 Apparently, Tamannaah got along quite well with Bipasha Basu and Eesha Gupta. And she didn’t hesitate to reveal how much fun she had while working with them on the sets of the film. The trio’s chemistry was quite evident in the new song, Piyo Re Bazar, which was unveiled today. After Ileana and Nargis Fakhri, it looks like now it’s Tamannaah turn to make news for sharing a great rapport with her co-stars.

The film will release in June this year. On the other hand, the actress is busy shooting for Aagadu and she’ll join the sets of Baahubali soon.