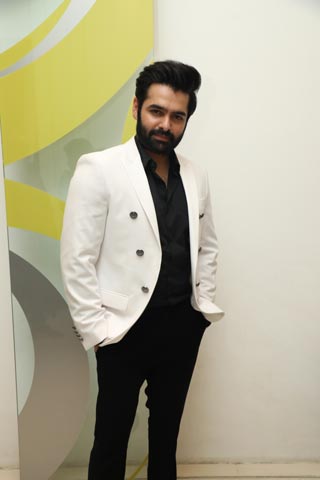 Ram Pothineni is one of the most popular heroes in the Telugu film industry. He is now making his Tamil debut with the film The Warriorr which is directed by Lingusamy.

The pre-release event was held in Chennai yesterday and some of the biggest directors in Tamil like Mani Ratnam, Shankar, and various others attended the event and made it a grand success.

Speaking at the event, Ram spoke fluently in Tamil and said “I have been waiting for my Tamil debut for the last fifteen years and it is great to be introduced by Lingusamy with a film like The Warriorr”.

Ram also added by saying that he loved the cop’s role and played it with utmost sincerity. Half of the credit for the film’s solid buzz needs to be given to DSP for his hit music said, Ram.

Krithi Shetty plays the female lead in this film which is out for release on the 14th of this month.