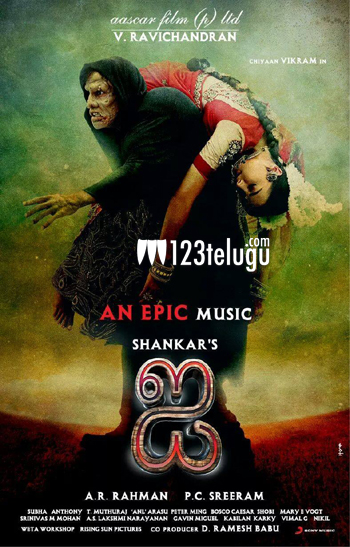 One of the most anticipated films of the season, Shankar’s ‘I’ is gearing up for a sensational release on the 9th of January. Last night, the film’s unit finally released the much awaited trailer and fans are immensely excited after watching this stunning spectacle.

The trailer has already started making a mark on social media and it seems well poised to break all records on social media. Mounted on a lavish budget, the film boasts of high technical standards with several internationally acclaimed technicians working on the project. With its mysterious theme and interesting presentation of hero Vikram, the film is raising the mercury levels among fans and movie lovers.

The censor formalities have already been completed and it has been given a U/A certification. However, the makers approached the revising committee to attain U certificate to boost the film’s box office chances.