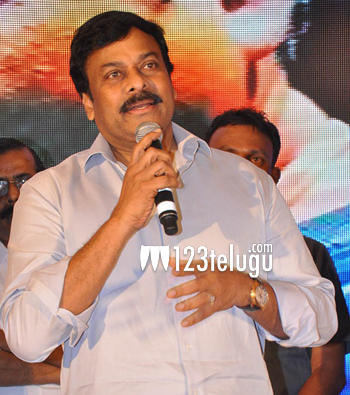 ‘Kick’ is a movie that gave both Ravi Teja and director Surender Reddy a big boost professionally. That film also launched the career of music director Thaman in a big way.

Surender Reddy and Thaman have teamed up again for the film ‘Race Gurram’ and the audio album was released yesterday at Park Hyatt. Megastar Chiranjeevi attended the event as the Chief Guest and he revealed an interesting snippet while speaking at the event.

” I recently watched Kick on TV and I liked it. I would have loved to act in that film. Unfortunately, I was not active at that time”, he said. He went on to praise director Surender Reddy, Thaman and Allu Arjun for Race Gurram and wished the team the very best.