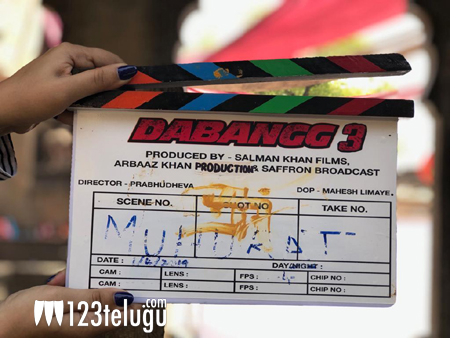 Dabangg is a film which took Salman Khan to another level of stardom. The film was a rage and its second part also become a good hit. Now, the third part is also being made.

The latest we hear is that the much-awaited sequel went on the floors today in Indore. South Sensation, Prabhu Deva is directing this film which has Sonakshi Sinha as the female lead.

Arbaaz Khan produces this film along with his brother Salman Khan.