Iddarammayilatho gets fancy offer for overseas rights
Published on Apr 25, 2013 9:46 am IST 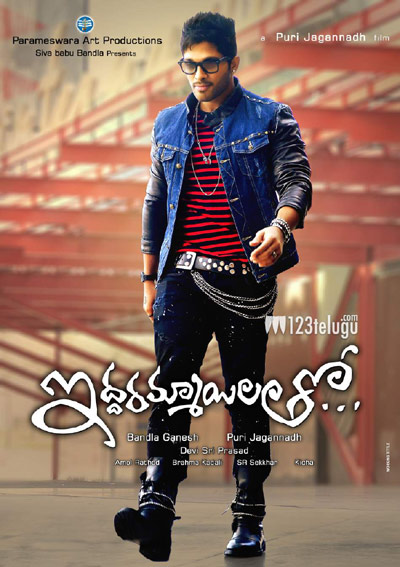 Stylish Star Allu Arjun’s ‘Iddarammayilatho’ is getting ready for its release in May. The movie is currently in the final stages of production and expectations are high on this venture, as it is coming after Allu Ajun’s success with ‘Julayi’.

The film’s overseas rights were bagged by Blue Sky for a fancy offer of approximately Rs 3 Crores. Bandla Ganesh is producing this film on Parameshwara Arts banner. Puri Jagan is the director of this romantic entertainer.

Allu Arjun will be seen in the company of Catherine Tresa and Amala Paul in ‘Iddarammayilatho’. Devi Sri Prasad has composed the film’s audio album and the audio teaser has already received a very good response. The audio release function will take place on the 28th of this month.

Kota Srinivasa Rao and Brahmanandam are expected to play key roles in this movie.