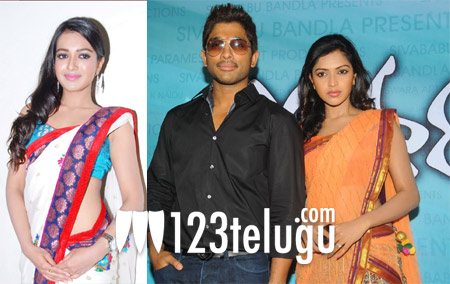 Allu Arjun’s stylish action entertainer in the direction of Puri Jagan, has its release date confirmed. This youthful entertainer will hit the screens on May 10. Producer Bandla Ganesh broke this news on twitter as he posted “Iddarammaailatho release may 10 it’s going to be no1 film in stylish star career thank u puri anna making this film-:)

Already the unit is busy shooting some key scenes in Spain. Amala Paul and Katherine are the heroines in this movie which has music by Devi Sri Prasad. Iddarammaailatho is going to showcase Allu Arjun in a stylish new way. Puri Jagan has made comprehensive changes to his technical team as the movie is being shot completely in a digital format by Amol Rathod.