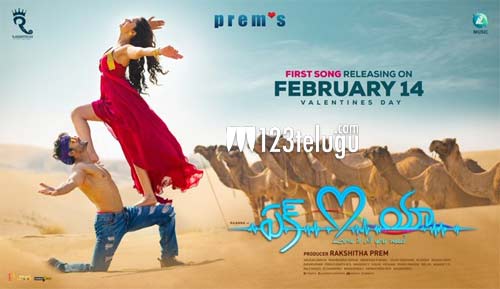 Kannada actress Rakshitha is well known to Telugu movie lovers for her roles in movies such as Idiot, Nijam, Andhrawala and Shivamani. She married noted Sandalwood director Prem in 2007 and bid adieu to Tollywood.

Now, Rakshitha is launching her brother Raanna as a hero with a romantic action entertainer directed by her husband Prem. Titled Ek Love Ya, the film is being produced by Rakshita under her banner Rakshita Film Factory. Ek Love Ya will be releasing in all the four major South Indian languages – Telugu, Tamil, Kannada and Malayalam.

Raanna underwent training in acting at the prestigious Lee Strasberg Theatre & Film Institute in New York, USA. He has also worked in the direction department and acted as an apprentice in a few Kannada films. Debutante Reeshma Naniah and popular Sandalwood actress Rachita Ram are the female leads in the film. The film’s first single, composed by Arjun Janya, will be launched tomorrow as a Valentine’s Day treat.