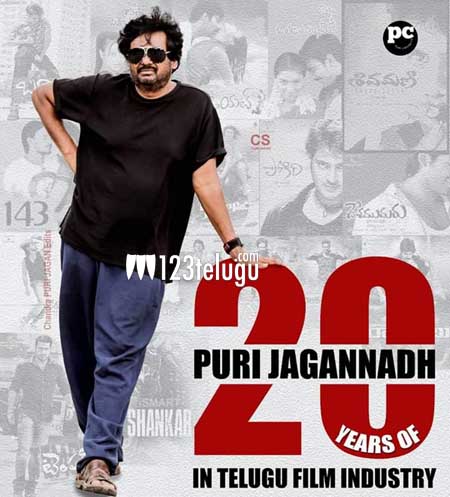 Director Puri Jagannadh’s debut film, Pawan Kalyan-starrer Badri, released on this day in 2000. On the occasion of his 2-decade-old journey, Puri is being showered with congratulatory messages. His iSmart Shankar hero Ram took to Twitter and wished that Puri breathes cinema until his last breath. In his response, Puri promised Ram that he will indeed breathe cinema until his death.

In his 20-year-old career, Puri Jagannadh has directed nearly 37 movies and also produced several of them. He had given Mahesh Babu his first industry hit in the form of Pokiri. Puri also transformed Ram Charan and Allu Arjun into star heroes in the initial days of their careers. He is one of the the most fastest directors in Tollywood who is popular for wrapping up movies in a record 3 to 4 months.