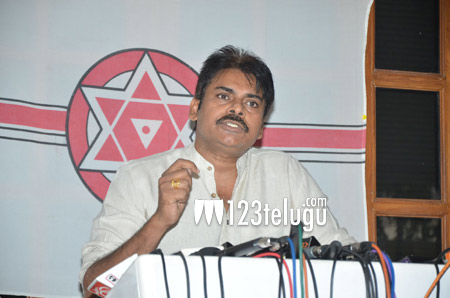 It is well-known that eccentric genius Ram Gopal Varma never leaves a chance to take potshots at Pawan Kalyan on his movies and political aspirations. RGV has of late increased his Twitter crusades against Pawan in the wake of protests for special status.

However, Pawan Kalyan is in no mood to even talk about RGV. In his press conference this morning, Pawan responded to RGV’s comments and said he is not in a desperate situation to comment about RGV even though RGV talks high of him or downgrades him most of the time.

“RGV is over 50 years old and has a daughter who got married recently, but he openly claims that he collects pornographic films. What can one talk about such a person? I’ll never talk about RGV,” rued Pawan.