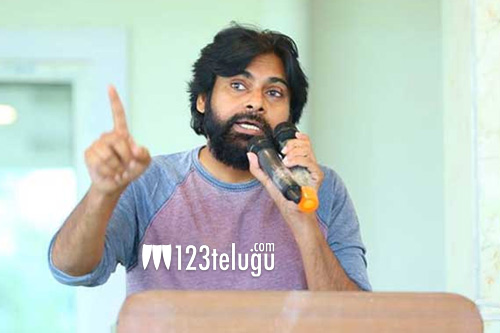 Film star turned politician Pawan Kalyan made a few sensational statements at the Janasena Nirasana Kavathu that was held in Vizag yesterday. Pawan alleged that he has been getting death threats from unknown people of late.

“I have been getting calls from unidentified people who are threatening to kill me in a car accident or in a bomb blast. But I do not fear those threats and I am not greedy about money,” said Pawan. He also made several sharp allegations on the ruling TDP’s corrupt politics in Andhra Pradesh.