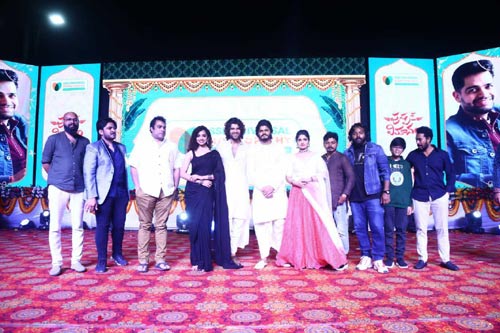 Speaking at the pre-release event of his upcoming home production, Pushpaka Vimaanam, in Vizag tonight, hero Vijay Deverakonda made some striking comments on his stint as a producer. Vijay started off saying that he had launched his King of the Hill banner with the motive to give a platform to young talent.

“I must admit that producing movies is quite a strenuous job. I’m already busy with my acting assignments. But I am still investing money and producing movies with an “overconfidence” that you guys will take care of my films and take them to the next level. Vijay went on to heap praises on Pushpaka Vimaanam’s director Damodara and the rest of the cast and crew members.