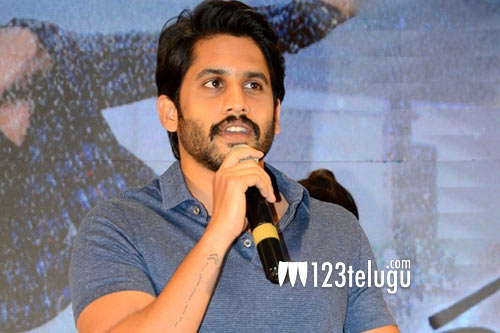 Naga Chaitanya’s latest romantic family entertainer, Shailaja Reddy Alludu, released on Vinayaka Chavithi and is having a decent run in the twin Telugu states and the US. According to the film’s makers, Shailaja Reddy Alludu grossed 25 crores in 3 days, the highest ever collections in Chay’s career.

Last night, a success meet was held and the entire team interacted with the media. Speaking at the event, Chay first apologized to the reviewers for not satisfying them with the movie. “It was quite disappointing on the release day. I am sorry I couldn’t satisfy some reviewers. But I promise that I will work hard in future,” said Chay.

SRA’s director Maruthi said that Akkineni fans has given him a lot of energy with their emphatic response. “I’ve been getting numerous calls from female audiences who are appreciating Shailaja Reddy Alludu,’ said Maruthi.