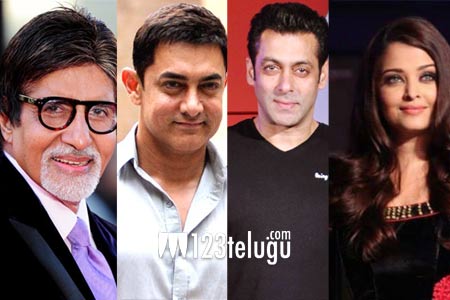 Amitabh Bachchan, Aamir Khan, Salman Khan, Aishwarya Rai, Priyanka Chopra, Irrfan Khan and Deepika Padukone made it to the list of actors invited by the Academy.

On the other hand, Mrinal Sen and Goutam Ghose among the directors, and Buddhadeb Dasgupta and Sooni Taraporevala have been added to the list of writers. Costume designer Arjun Bhasin, documentary filmmaker Anand Patwardhan and sound designer Amrit Pritam Dutta have also been invited.

In the past, globally recognized Indian film celebrities such as AR Rahman, Sharmila Tagore, Resul Pookutty and Freida Pinto were invited by the Academy.