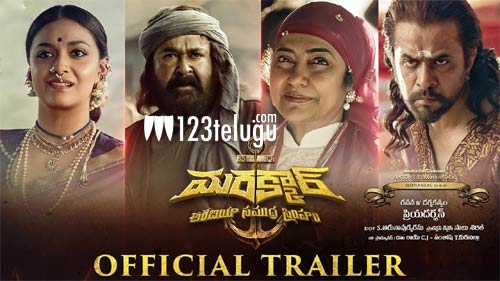 The theatrical trailers for Mollywood stalwart Mohanlal’s historic magnum opus, Marakkar, were released a couple of days ago and have left movie lovers in awe. Breathtaking visuals and an authentic period backdrop were the main highlights of the trailers. So far, the film’s Malayalam, Telugu, Tamil, Kannada and Hindi trailers amassed a stunning 7 million plus views on YouTube.

Soon after the trailers were released, apart from fans and movie lovers, Marakkar’s trailers have been applauded even by several leading stars of the Indian film industry. Prominent stars like Amitabh Bachchan, Chiranjeevi, Nagarjuna, Mahesh Babu, Suriya, Yash and Akshay Kumar took to Twitter and heaped praises on the trailer and wished Mohanlal on the film’s release.

Directed by Priyadarshan, Marakkar is slated to release on March 26th. The film will be simultaneously released in over 5,000 screens worldwide. Antony Perumbavoor of Aashirwad Cinemas has produced the movie.