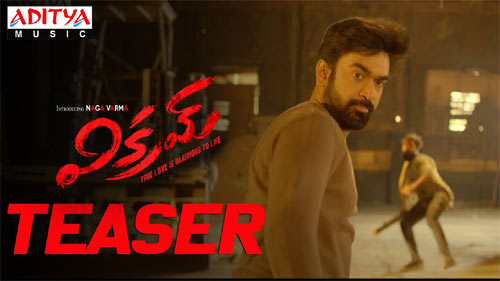 A young hero named Naga Varma Byrraju is making his silver screen debut with the upcoming action entertainer, titled Vikram. The film is being directed by debutant Hari Chandan and it has Divya Rao as the female lead.

Vikram’s teaser has been launched this morning. The teaser showcases the hero as an artist who fails in love. He takes to cigarettes, alcohol and even drugs to get over his love failure. The teaser also has a couple of action-packed shots.

Presented by Smt. Sugunamma, Vikram is being produced by Naga Varma himself under his banner A Brand India Movie Makers. Suresh Prasad is the music composer.