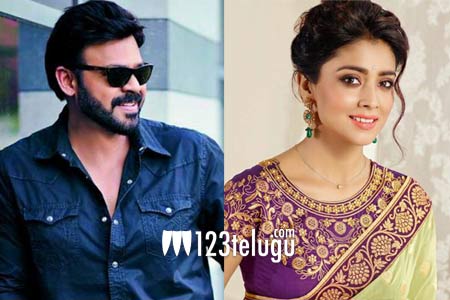 By now, everyone knows that Victory Venkatesh is doing a film in the direction of Teja. Shreya Saran has been finalized as the heroine of the film and the shoot will begin very soon in the old city of Hyderabad.

But the interesting coincidence here in this project is that this film is the 72nd film for both Venky and Shreya in their respective careers. This is quite a unique fact and the makers are quite excited about it.

Touted to be a social drama, this film will also have Nara Rohit in a very crucial role. Watch out this space for more details on this project.