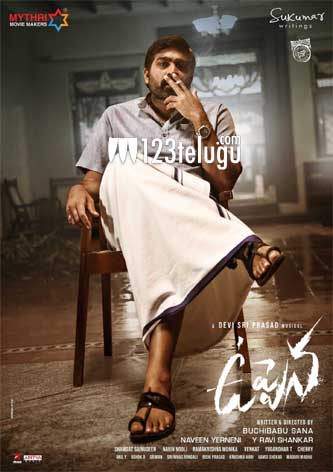 It is a known fact that Tamil star hero, Vijay Sethupathi is doing a crucial role in the upcoming film Uppena. The film is complete and will release once the Coronavirus scare goes down.

Many said that Vijay is playing an out and out villain in the film but we have come to know that his role will have negative shades but Vijay will also be seen in a character that is quite emotional.

The thread between his daughter played by Krithi Shetty is going to be superb say the sources. Buchi Babu Sana directs this film which has Vaishnav Tej making his debut.