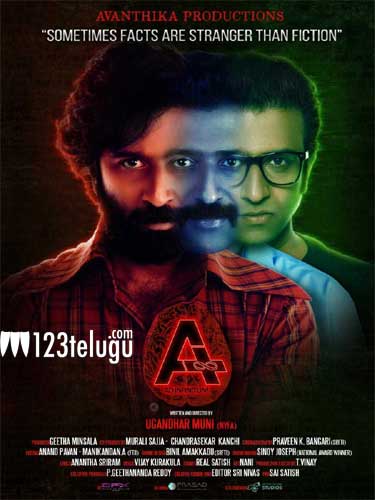 Medical thrillers are quite rare and now, Avanthika Productions have come up with one named A(Ad Infinitum). The first look of the film was revealed today and it looks interesting.

Nithin Prasanna makes his debut with this film and he has taken up the challenge of playing 3 distinct roles. Nithin had to rehearse nearly for several months and brought the outcome.

Director Ugandhar Muni says that legendary director Singeetam Srinivasa Rao was his inspiration while taking up this challenge. Let’s see how this film turns out to be.