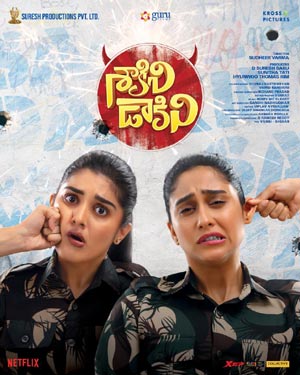 The makers released title poster of the movie on the occasion of actress Regina’s birthday. Both, Regina and Nivetha appear in military uniform and they are seen getting punishment from what it seems to be higher officials. The poster looks quite interesting.

The shoot of Saakini Daakini was completed and post-production works are currently underway.Richard Prasad cranks the camera, while Mikey McCleary scores music.