Interesting love story to be a highlight of Antariksham
Published on Dec 15, 2018 4:44 pm IST 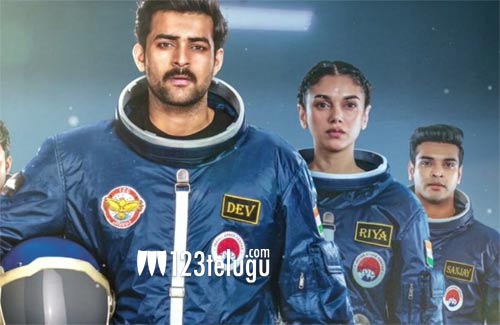 Varun Tej is busy promoting his new film Antariksham quite aggressively. The film has Aditi Rao and Lavanya as the female leads and the latest we hear is that the movie will have a very interesting love story between the two heroines and Varun Tej.

The trailer has caught on quite well and there is a good craze for the film which will hit the screens on the 21st of December.

Touted to be a fictional space drama, this film is said to have top class VFX work. Sankalp Reddy directs this film which has been produced by Krish.