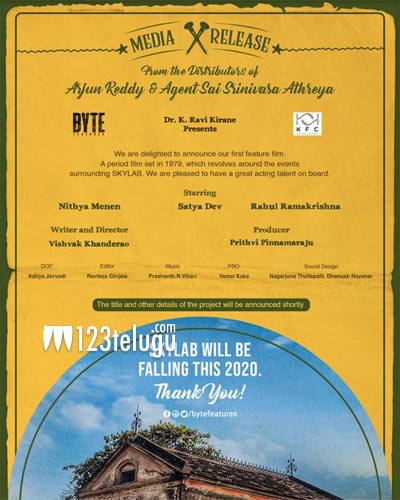 Actor Satyadev Kancharana is in the news and for all the right reasons. Signing interesting films back-to-back the talented actor seems to finally be getting his due. And in that regard, he has now signed on a new film.

Even as the glimpse into his film Uma Maheshwara Ugra Roopasya creates a buzz, the actor is set to co-star with another talented name Nithya Menen in an upcoming film that also stars Rahul Ramakrishna in a key role.

The film will be a period drama based in 1979 and is directed by debutant Vishvak Khanderao. Apparently, the film revolves around NASA’s first space station, Skylab. The genre of the film is unclear at this point.