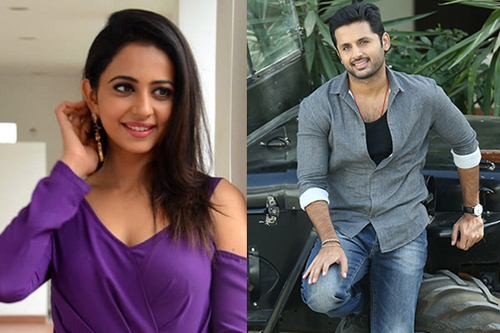 Around a week ago, the makers of Nithiin and Rakul’s upcoming film, Check, resumed the shoot in Hyderabad. Malayalam wink sensation Priya Prakash Varrier plays the other female lead in this Chandrasekhar Yeleti directorial.

Meanwhile, Check’s interesting storyline has been revealed. The film, which has a chess backdrop, is an intense courtroom drama and Rakul plays the role of a lawyer who fights the case of a convict (Nithiin) who is sentenced to death. The film will highlight Nithiin’s acting prowess.