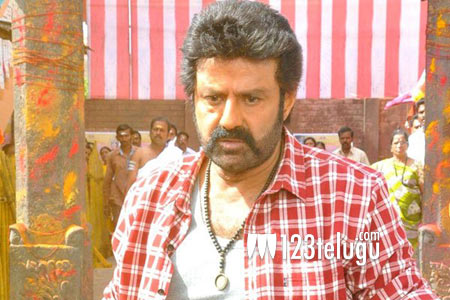 Senior hero Balakrishna has been shooting for his 102nd film for the past couple of months. Veteran Tamil director KS Ravikumar is the director of this film. The film’s unit had recently completed a huge schedule in Kumbakonam.

According to the latest buzz, Karna is said to be the title in consideration for this much-awaited movie. Interestingly, the film’s satellite rights have been sold for a solid price even before it wrapped up fifty percent of its shoot.

The film stars Nayanthara as the female lead. Malayali starlet Natasha Doshi essays a crucial role in the movie. C Kalyan is producing the movie and Chirantan Bhatt is the music composer.