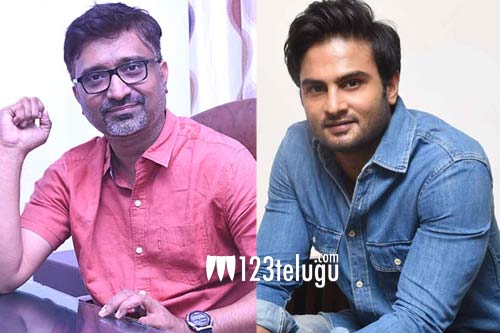 It is a known fact that Sudheer Babu is doing a film in the direction of Mohanakrishna Idraganti. Kriti Shetty of Uppena fame is the heroine and the shooting has already started.

The makers will reveal the title of the film today and we have come to know that they have locked the title as Aa Ammayi Gurinchi Cheppalani Undi which sounds quite good. Kriti Shetty has a solid role once again in this film which is Sudheer Babu’s 14th project.