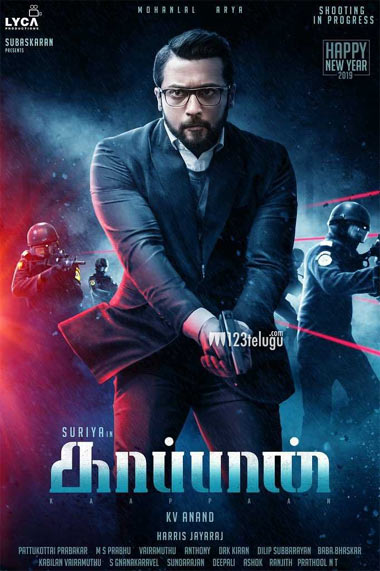 Recently, star Tamil director KV Anand took to Twitter and conducted a poll, asking all the fans to choose a title for his upcoming film featuring Suriya. Finally, the suspense around Suriya37 has ended just as the New Year arrived.

Suriya37 has been titled Kaappaan. The title and the latest updates on Suriya’s role suggest that Suriya plays the role of an NSG Commander who is on a mission to protect a high-profile personality (rumored to be essayed by Malayalam star Mohanlal).

Suriya37 also has Akhil’s heroine Sayyeshaa and Tamil hero Arya in key roles. Lyca Productions banner is bankrolling this highly-anticipated biggie. The film is scheduled to be released in the first half of 2019.