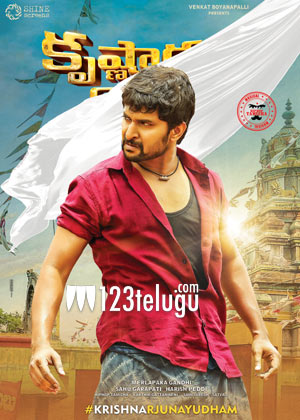 Now that the shooting of Nani’s new film, Krishnarjuna Yuddham is coming to an end some very interesting updates are coming out one after the other.

The latest we hear is that the film is based on a kidnapping drama which will be showcased on a very interesting note. The film also deals with the subject of women trafficking and Nani will be seen in a double role.

Merlapaka Gandhi directs this film which has Anupama Parameswaran as the female lead. Hip Hop Thamiza scores music for this film which will be released on the 12th of April.