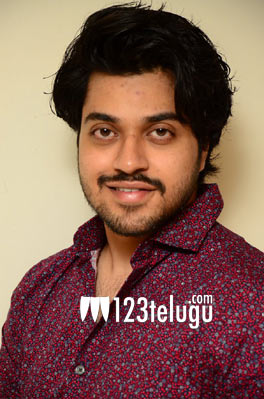 Hero Chetan Maddineni is slowly but steadily making his mark in Tollywood. His latest presentation is First Rank Raju which will come out tomorrow. On this occasion, we had a brief chat with him. Here is the transcript.

The film is all about a character called First Rank Raju. It showcases how an innocent guy like me gets into all sorts of problems and come out of it successfully. The film has all kinds of elements which will attract the youth.

Why made choose a remake?

One of my close friends of my dad suggested this Kannada film to us. This subject is universal and will suit everyone in the country. The film showcases what kind of hopes do parents put on us and how we utilize those opportunities.

I got into the skin of the character and even behaved like one outside the sets. My role has several variations and it gave me a good scope to perform in the film. Also, my director helped me a lot to get into the character in a better way.

How is your career shaping up?

Right from the time I was doing my engineering, I was interested in doing films. I did several demo shoots and finally started my career. My role in Gulf received good appreciation and I have pinned a lot of hopes on this project as well.

Tell us about your director Naresh?

Naresh has also directed the original and he has done a superb job with the remake. We bonded well on the sets and this led to a good performance from me. The film has a serious story but Naresh narrated it quite well with all the commercial aspects.