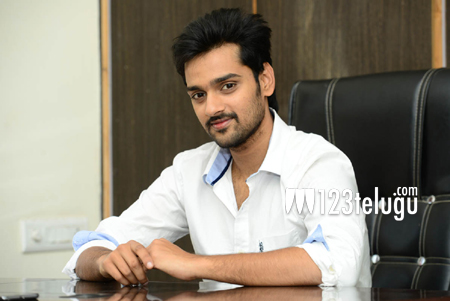 Young hero Sumanth Ashwin, who happens to be the son of popular producer MS Raju, is riding high with the success of his last release ‘Lovers’. His latest offering is Chakkiligintha which is gearing up for release this week. On this occasion, we caught up with this young actor for a detailed interview. Let’s see what he has to say.

Q) Your last two films were good hits. Are you feeling tensed about this film?

A) However experienced you are, you feel the same tension before every film. Right now even I am going through the same tension, but I am confident about the film’s success.

Q) What was your reaction after listening to this story?

A) Vema Reddy and Sukumar are good friends and their thoughts are always new. I got connected to this story, when I heard it for the first time and signed it immediately.

A) I play a typical youngster named Adi and I had to prepare a lot for this role. This role is very new and it is one of the toughest roles in my career.

Q) This film seems to be a youthful entertainer. Is it nspired from any movie ?

Q) Why is this film titled ‘Chakkiligintha’?

A) There is a song in this film which is titled as ‘Avoid Girls’ and after seeing this most of them asked to keep a catchy English title, but it was Vema Reddy and his team who came up with this classic title.

A) The college episodes in the first half are the major highlights of this film. Cinematography and music are the other major attractions of this film.

Q) How was it working with director Vema Reddy?

A) Vema Reddy is a good writer and I was impressed with his narration style. Sukumar used to say that Vema Reddy is more creative and crazy than him and I had observed this on sets.

Q) Does your father M.S.Raju involve in your script selections and when will you make a film in your home production?

A) I believe in my dad’s judgment and I always approach him for his suggestions. However, dad feels that I need to get an experience and he asks me to listen to my own scripts. Very soon, we will start making films on our banner and currently dad is penning few scripts.

A) Currently, I am shooting for ‘Kerintha’ under Dil Raju’s banner. I have also signed a movie for the producer of ‘Anthaku Mundu Aa Tharwatha’.