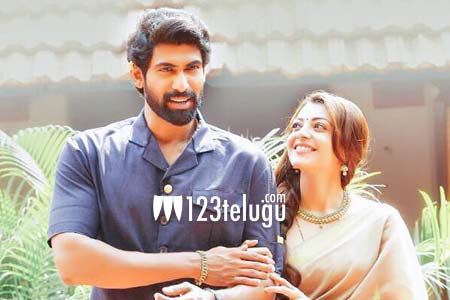 The teaser of Rana Daggubati’s upcoming political drama, Nene Raju Nene Mantri, has been unveiled​ this morning. Rana released the teaser via Twitter on the occasion of his grandfather and legendary producer Dr. D. Ramanaidu’s birth anniversary.

The teaser is intriguing right from the first shot, where a masked and handcuffed Rana is being taken to be hanged inside a prison, but there’s a twist. Anup Rubens’ riveting background score adds intensity to the teaser.

Nene Raju Nene Mantri is being directed by Teja, who is determined to bounce back with a solid hit. Kajal Aggarwal is the film’s leading lady and Catherine Tresa will be seen in an important role.