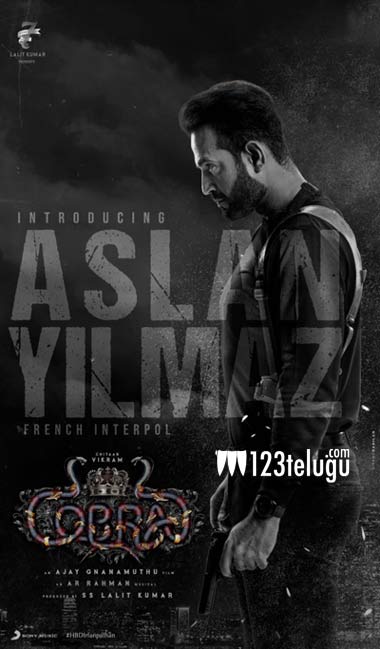 It is already reported that former Indian cricketer Irfan Pathan is playing the antagonist role in Vikram’s next. Titled Cobra, the film is being directed by Ajay Gnanamuthu and has almost wrapped up its shooting.

Meanwhile, yesterday on the occasion of Irfan Pathan’s birthday, the makers have unveiled the first look of Irfan from the film.

Seen in an intense avatar, Irfan’s look has been receiving positive feedback from all quarters. KGF fame Srinidhi Shetty is the female lead in this pan-India movie. AR Rahman is the music composer and Lalith Kumar is producing Cobra with a huge budget.