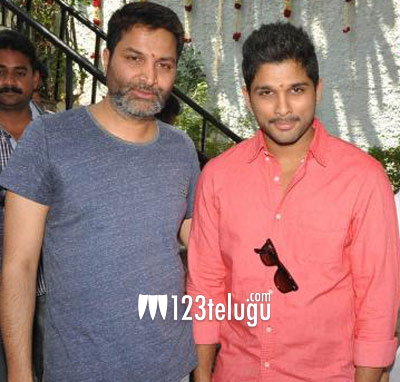 We all know that the successful combination of director Trivikram and stylish star Allu Arjun have teamed up again for another flick. The film’s regular shooting is currently progressing in Hyderabad and the unit will soon shift to Ooty for their next schedule. The latest buzz is that this action comedy entertainer is tentatively titled as ‘Trishoolam’. However an official confirmation on this is awaited.

Arjun will be seen as a wedding planner in this film which has Samantha, Adah Sharma and Nitya Menon in lead roles. Produced by K Radhakrishna, this film features Rajendra Prasad, Upendra and Sneha in other prominent roles while DSP scores music.