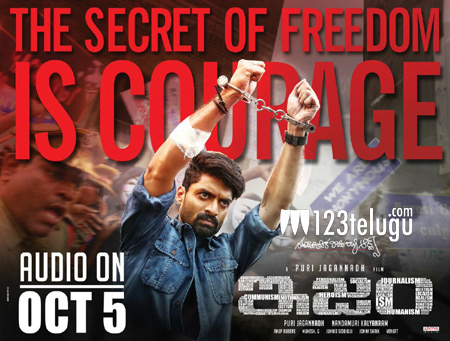 Nandamuri Kalyanram’s forthcoming action entertainer, ISM, is one of the keenly anticipated movies this October. Puri Jagannadh is the film’s director and the action-packed teaser has already raised the expectations on this film.

Last night, Puri tweeted a poster mentioning the date of ISM’s audio launch event. Composed by Anup Rubens, the film’s soundtrack will be released on October 5th. The movie will hit the screens later this month.

Aditi Arya is making her debut as a heroine with ISM. Kalyanram himself has produced the movie.